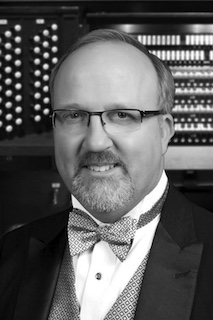 Peter Krasinski has been with BETC as our treasured accompanist for over 20 years. He grew up inspired by music and, through a few chance encounters, developed his love for Jewish music in particular. He enjoys thinking about the ways music influences people.
As a kid, Peter disliked elementary school and wanted to go to church every day; he has always loved music and religious settings. He first explored Jewish music after attending a close childhood friend’s Bar Mitzvah.  Teaching in Brookline, Peter first encountered Facing History and Ourselves. It deepened his understanding of Jewish history and challenged him, as a musician, to think of the ways in which music influences people—for good or evil. Conducting Youth Pro Musica, Peter drew upon that in selecting “I Never Saw Another Butterfly,” a cycle inspired by the words of children at Terezin. Embracing other traditions is part of how Peter approaches being a minister of music. He says, "by experiencing the history and beliefs of others, we see our own place in the human picture."
When not at Beth El, Peter is the organist at First Church of Christ, Scientist, Providence, and House Organist at the Providence Performing Arts Center. He comes from a family of avid sailors, has three boats in “The Krasinski Fleet,” and uses his J-24, Bald Eagle, as a solo cruiser for up to a month and a half.  In his silent film career, Peter improvises accompaniments to films he has studied and memorized. Peter enjoys travel throughout North America, has toured Japan seven times, and taught his first Master Classes in Finland in 2019.
Peter considers Beth El Temple Center his family and loves engaging our community with music!

View our service calendar for upcoming services while we repair this display.